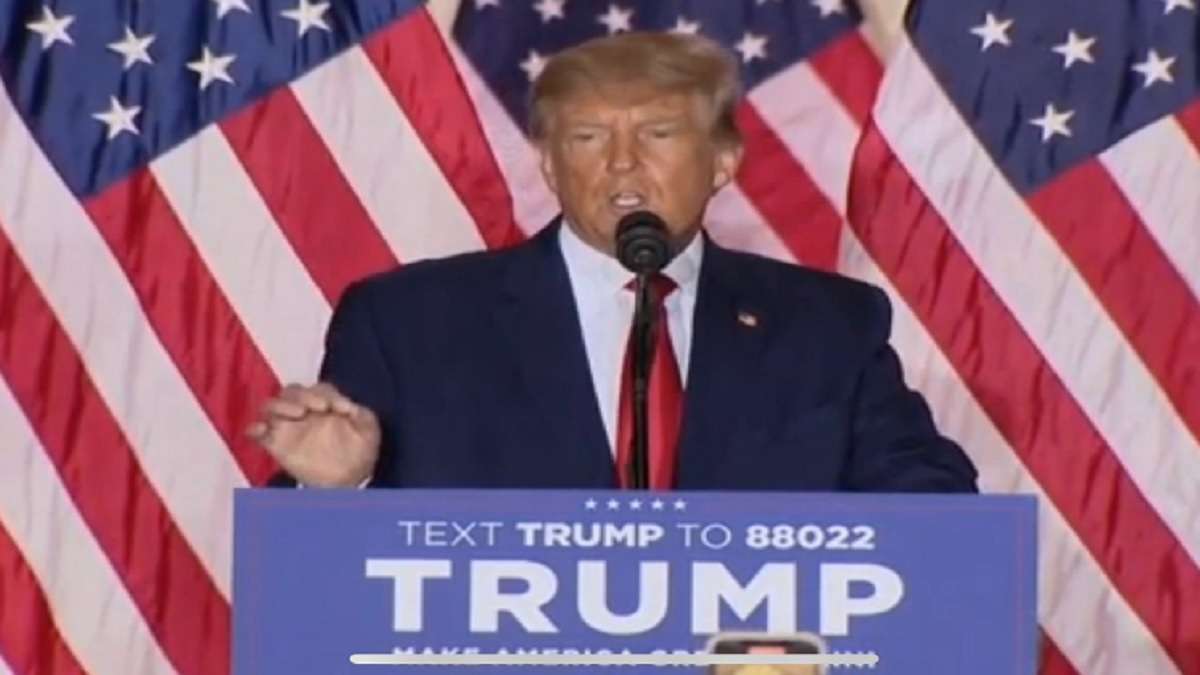 Election: Former US President Donald Trump has filed documents for his candidacy for the White House. With this decision of Trump, it is now clear that he is going to contest the presidential election in 2024. At the same time, after filing the document, Trump also issued a statement. He said that today I am announcing my candidacy for the post of US President to make America great and glorious again. While reacting to the announcement of Trump, President Joe Biden said that Trump has disappointed America.

Let us tell you that Donald Trump tweeted on November 8 that he was going to make a big announcement on November 15, since then it was clear from his gesture that he is going to enter the election field once again in 2024. Let us tell you that this announcement of Trump has been made in view of the results of the mid-term elections in America. At the same time, the news channel CNN reported that Trump’s paperwork has reached the Federal Election Committee to establish his candidacy.

TrumpTrump said that this has never happened in the world and it will hardly ever happen. He said that our movement will be unique. America’s comeback has already begun. He said, America was a great and proud country under my leadership but now our country is going towards decline. We have failed as a country. Russia’s war in Ukraine would never have happened if we had:

TrumpTalking about the Republican Party, former US President Trump said that his party is too big, too strong, and too powerful. Our party can give the highest performance for the country. He also said that Russia’s war in Ukraine would never have happened if he had been president. Trump said that even the Democrats have accepted it.

Trump will contest the third time: