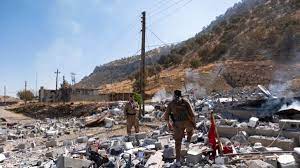 Saudi and US officials have confirmed this. In response to intelligence inputs, Saudi Arabia, the United States and several other neighboring countries have raised the level of alert for their military forces, officials said. Officials did not say what kind of information Saudi had received.

Saudi officials say demonstrations have been going on in Iran since September. Saudi Arabia is preparing to attack Iraq in an effort to divert attention from domestic strife. The White House’s National Security Council said it was concerned about these warnings and was prepared to respond if Iran attacked. A National Security Council spokesman said: “We are concerned about the threat.” We are in constant touch with Saudi through intelligence channels. We will not hesitate to defend our interests and partners in the Middle East. 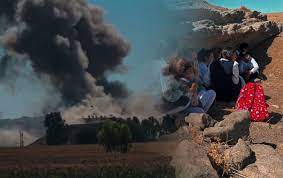 Iran attacked Iraq in September
In late September, Iran attacked northern Iraq with dozens of ballistic missiles and armed drones. A drone was shot down by a US warplane as it was heading towards the city of Erbil, where the US military base is located. Iranian officials have publicly accused Saudi Arabia of instigating demonstrations in the country along with the US and Israel. Last month, the commander of Iran’s Islamic Revolutionary Guard Corps warned Saudi Arabia to curb TV coverage of the protests.

Commander had threatened
The commander had asked to rein in several Persian TV channels, including the Saudi-backed Iran International. Iran International is based in London and is popular among Iranian people. Major General Hussain Salami had said, ‘This is our last warning because you are interfering in our internal affairs through these media.’ According to Iran’s state media IRNA, Iran International is a network formed by Saudi Arabia in London that works completely against Iran. Hijab-related demonstrations are currently going on in Iran, in which 200 people have died. Around 1000 have been arrested.

The US must therefore work to reduce the risk of a direct war with Iran. But let’s not forget this old and shameful war outside Iran’s borders: it’s time to end US support for starving children and bombings in Yemen.