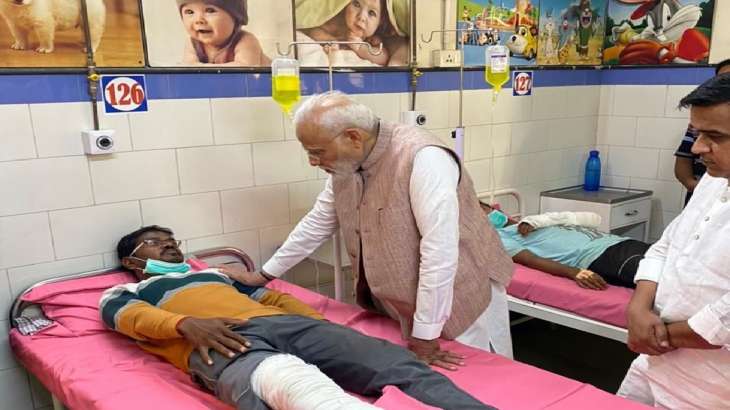 Prime Minister Narendra Modi will visit Morbi in Gujarat today. Where 135 people died due to the collapse of a bridge over the Machhu river. Modi, who was on a state visit ahead of the Gujarat assembly elections later this year, paid tributes to those killed in the mishap on Monday.

Meeting the victims so far 135 people have lost their lives in the bridge accident in Morbi, Gujarat on the evening of 30 October. PM Narendra Modi condoled the incident. So far, action has been taken against 9 people in this accident. PM Modi today inspected the accident site and inquired about its causes. After this, the PM also met the injured in the city hospital. 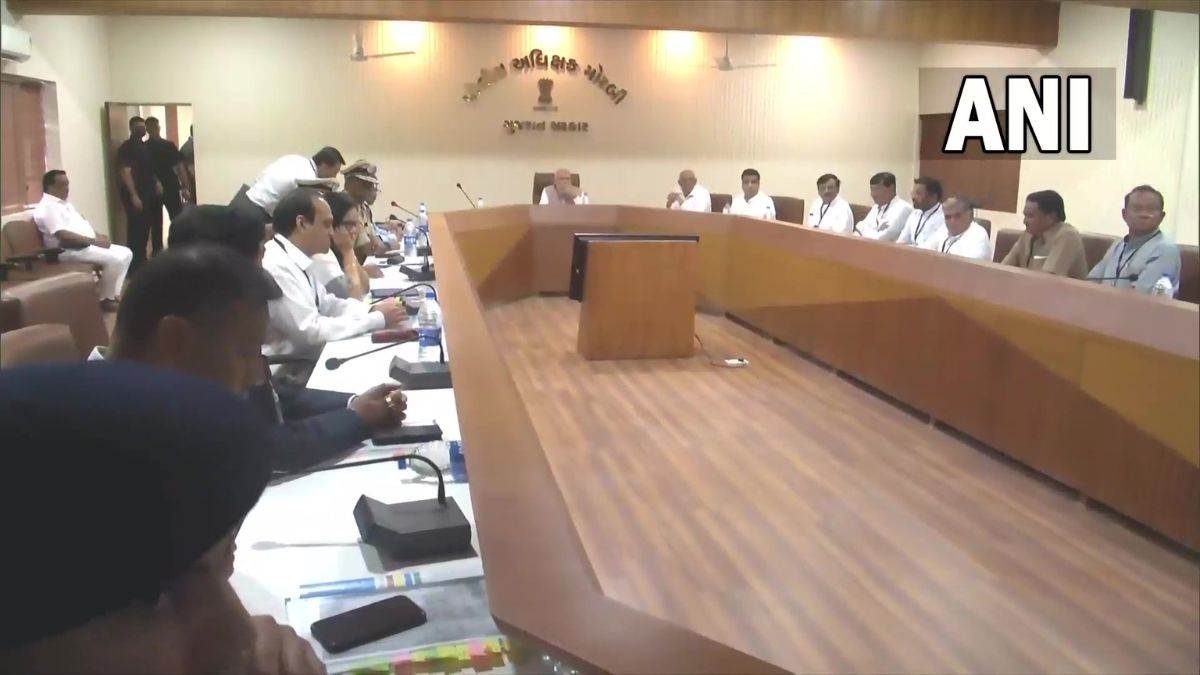 Officials should keep in touch with the affected families

PM Modi held a high-level meeting with senior officials. During this, the PM said that the officials should keep in touch with the affected families and ensure that they get all possible help in this sad hour. The officials briefed the Prime Minister about the rescue operation and the assistance being extended to the affected people. The need of the hour is to conduct a comprehensive inquiry, which will identify all the aspects related to this accident, the PM said.

Strict action should be taken against those who are guilty

Controversy ahead of PM’s visit, Congress

AAP raised questions At the same time, a controversy arose even before Prime Minister Modi reached Morbi. It was flashed overnight in view of PM Modi visiting the government hospital in Morbi to meet those injured in the bridge accident. In view of this, laborers were seen cleaning and painting a part of the 300-bed hospital. This hospital is made up of two stories with the ground.
So many people died and they are engaged in eventing: Congress

The Congress took a jibe and said, “An event of a tragedy. Tomorrow Prime Minister Modi will go to the Civil Hospital in Morbi. Before that, the work of dyeing and painting is going on there. The gleaming tiles are being installed. There should be no shortage in the picture of Prime Minister Modi, All this is being arranged. They are not ashamed. So many people have died and they are engaged in eventing.”

The AAP claimed, “The Morbi Civil Hospital was painted overnight so that the poor condition of the building is not exposed during Prime Minister Modi’s photoshoot.”

Controversy arose before PM’s visit
Controversy arose even before PM Modi reached Morbi. In fact, in the night before Modi’s visit, the Congress raised questions on the dyeing work going on in Morbi’s Civil Hospital and taunted that they are not ashamed, people have died and they are engaged in eventing. Congress tweeted the video and wrote that Morbi’s Civil Hospital is ready to welcome ‘Shahenshah’. This is the model of Gujarat. On one side there is an outcry of death, on the other side, the event of ‘Raja Ji is being created.

Sensations are dead. At the same time, the Aam Aadmi Party, while sharing the photos of the work going on in the hospital, wrote that there should be no shortage of the photo shoot of the Prime Minister tomorrow, so the hospital is being repaired. Had the BJP worked for 27 years, there would have been no need to light up the hospital at midnight.